We Reopened the Thrift Shop! 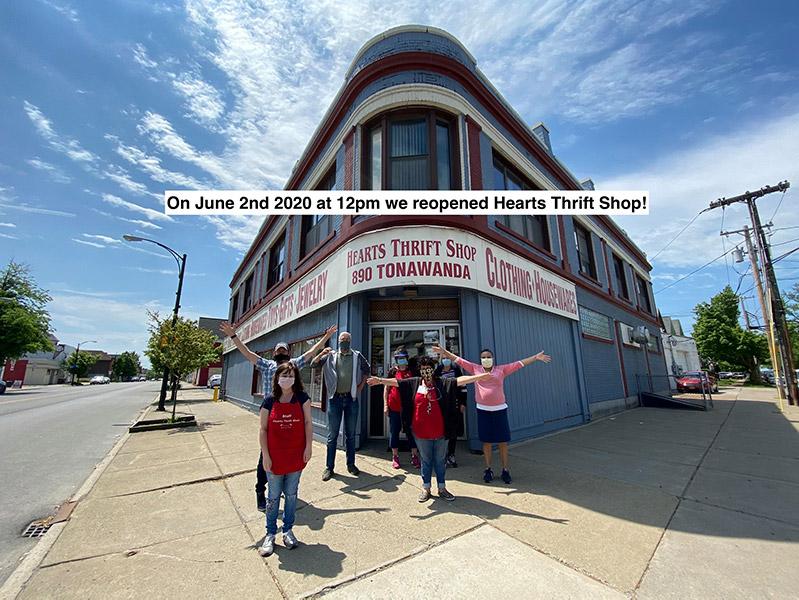 The thrift shop opened June 2nd, and our staff and customers shared in the excitement together.

But, most notable about the reopening that reminds us of the reason why we exist, to minister to the people that come through our doors, we were surprised when the first person that came through our door after months of the store being closed was a woman who became homeless because of COVID-19 and was staying at the homeless shelter at ECC Flickinger Center, the very place Hearts dropped off provisions of food and clothing. After telling us her story, and praying the virus wouldn’t affect Hearts, the woman left Hearts with a small purchase she made which gave her a sense of dignity, she also received a free box of produce.

Find Out More About the Thrift Shop

God’s Provision Through You, Hearts as the Vessel

Everyone was grateful that all of our feeding programs are continuing during COVID. It has been great to see and hear stories about everyone who has come out to help all the people in need. Our programs at Hearts have benefited from the compassion and generosity of individuals, agencies, including our volunteers. You have all made the work we do possible and have allowed us to add additional programs, even beyond those we mentioned in last month’s newsletter.

Here are some of the programs we’ve added:

We are in our 8th week of sending pizza 2 nights a week to the COVID-19 Men’s Homeless Shelter, on the days our volunteers aren’t on the streets feeding. We will continue with this program as long as these men are being housed at the shelter. We received word recently that these homeless men could feasibly be there through August. If you would like to support this program, please call our office at 716-877-3536. The cost to send pizza is about $143.00.

We have been able to offer fresh produce boxes made available from the Department of Agriculture’s Farmers to Families Program. One box has twenty pounds of fresh produce (see photo below) utilizing local items from local farmers, and given to individuals and families. We have been able to provide fresh produce to the Riverside Community and beyond as we mobilize the USDA Farmers to Families Food Boxes Program. We are able to get produce into the hands of anyone financially impacted by COVID-19.

Hearts also added 2 more mobile food pantry collaborations this month, for a total of 4; 2 in Riverside and 2 on the West Side of Buffalo. We are excited to support the community as we continue in partnership with FeedMore WNY and initiate new ones like USDA Farmers to Families.

Our food pantry, Hearts Harvest Food Pantry, continues to be open every Monday from 12pm to 4pm and Friday from 10am to 2pm. Hearts food pantry is a welcomed and trusted resource for the community members to fill their cupboards and feed their families. From grains to produce to meat, we provide what’s needed to make breakfast, lunch, and dinner. Last month we served 1,737 individuals and 13, 212 meals.

Find Out More About Food Pantry

Talk From the Street and Heart

Our volunteer mobile crews have been quite busy feeding our homeless and poor clients at the downtown library, then running off to take 40 meals over to the Holy Cross Shelter for the homeless men being housed there.

One night while serving meals at the library, everyone in line received Bombas Socks and when the team went to drop off food at the homeless shelter, everyone there also received the same socks – they all loved getting the Bombas socks!

Then in early June, Batman showed up to work with the Saturday team and handed out personal care bags to all those standing in line. 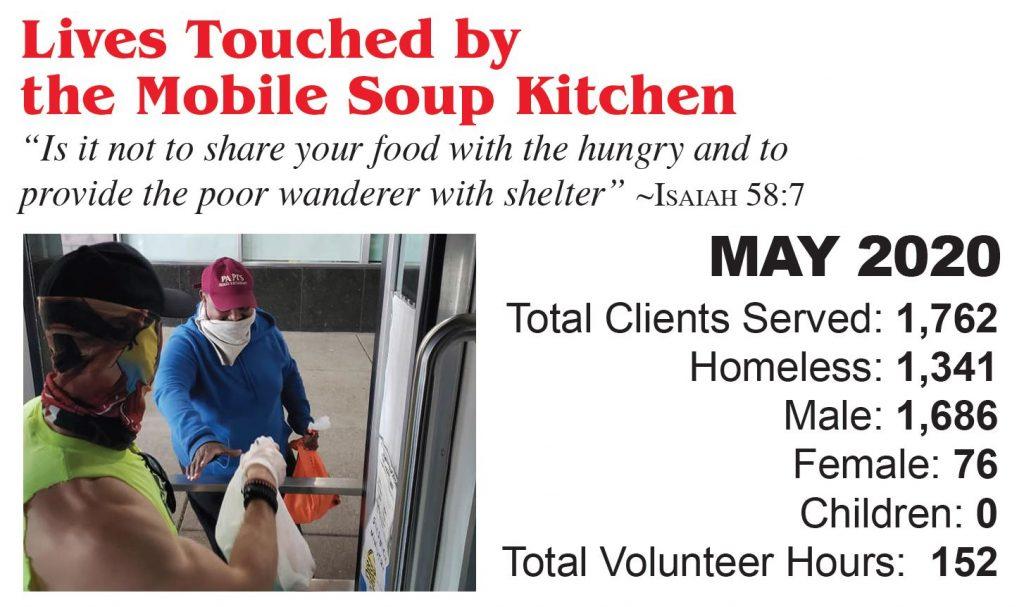 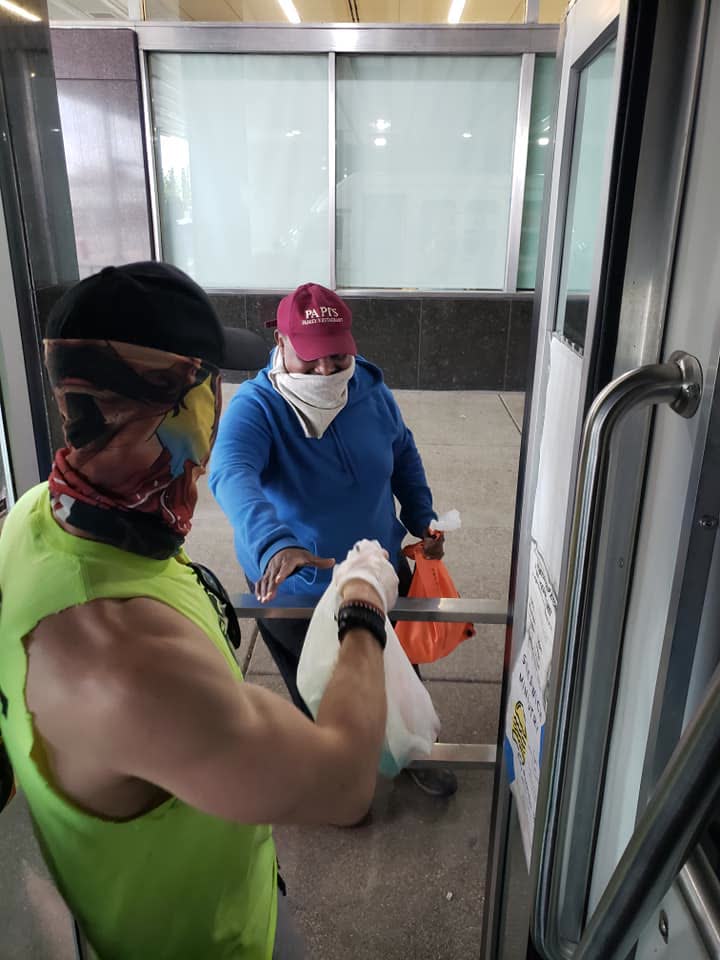 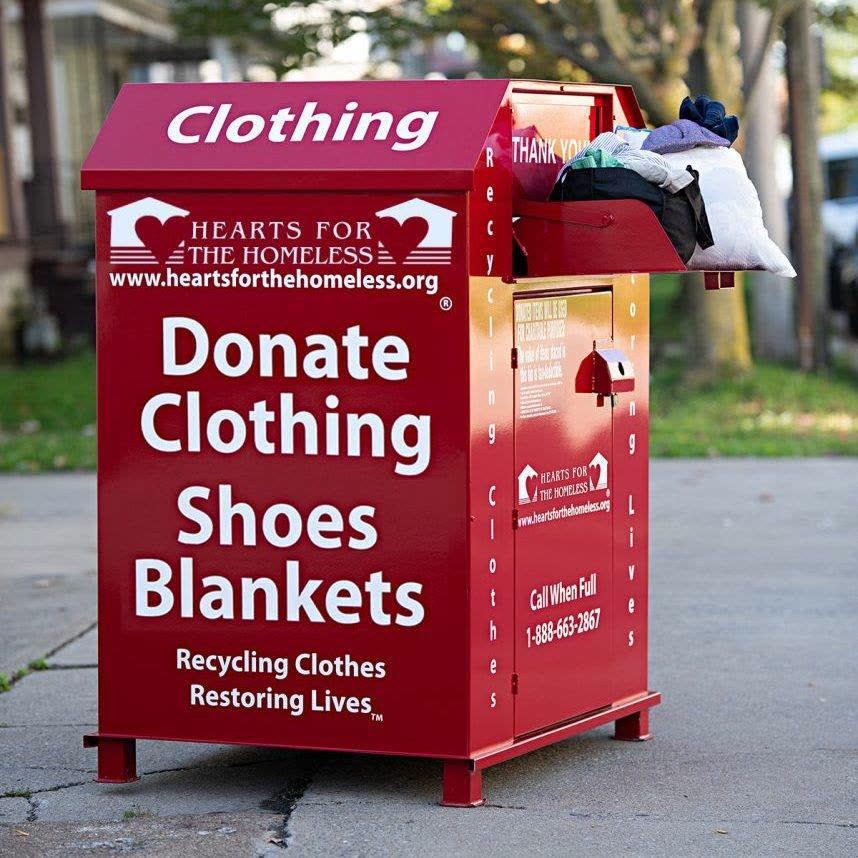 Hearts has been reopening our red clothing bins closed during COVID-19. We are glad to take your donations at this time. Donations can be taken to 890 Tonawanda Street, 14207 or go to heartsforthehomeless.org and click on Bin Finder to find an open bin near you.